Away and underway Mountain and Sea Scotland Sunday, 16 May, at 22:33

Through both lockdowns I've been exploring local hills and routes and there will be a whole series of "catch-up" posts at some point.  Great as this was, it was a relief to get to the point where travel restrictions could be lifted and we could get "away".
In the week that Covid-19 restrictions were lifted sufficiently to allow travel outwith our own local authority area, Lorna, Allan and I met at Inverness and drove on to meet up with Douglas who'd travelled from south Glasgow, Raymond who had travelled from north Glasgow and Donny who had come up from Taynuilt near Oban.
You'll be able to follow this trip in "Sea Kayak tri-vision" by checking out Douglas' blog starting here, and Donny's Youtube channel here. 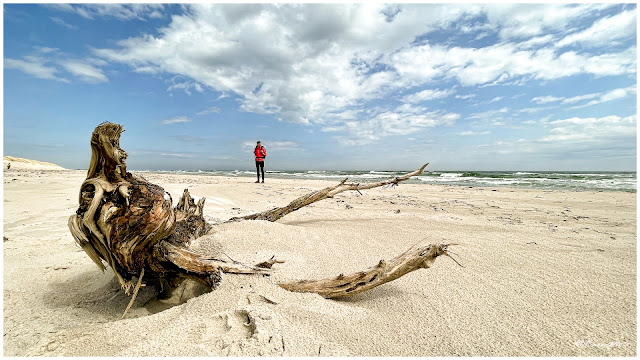 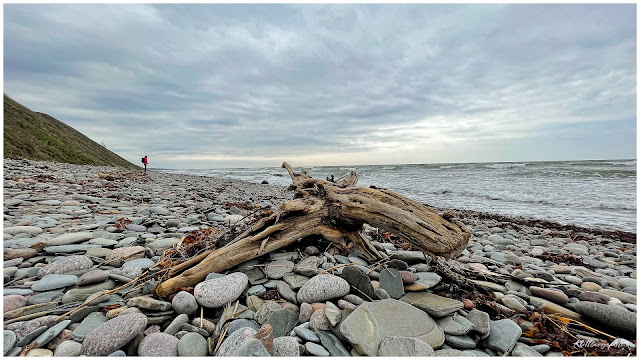 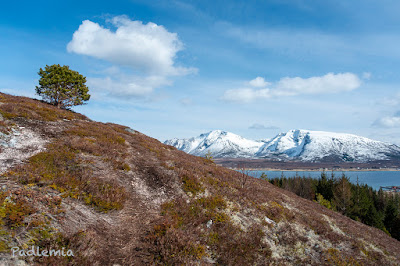 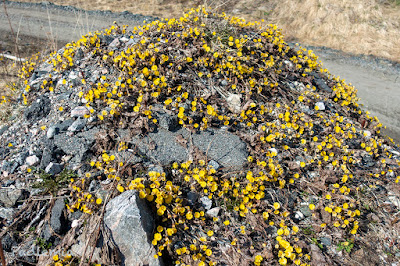 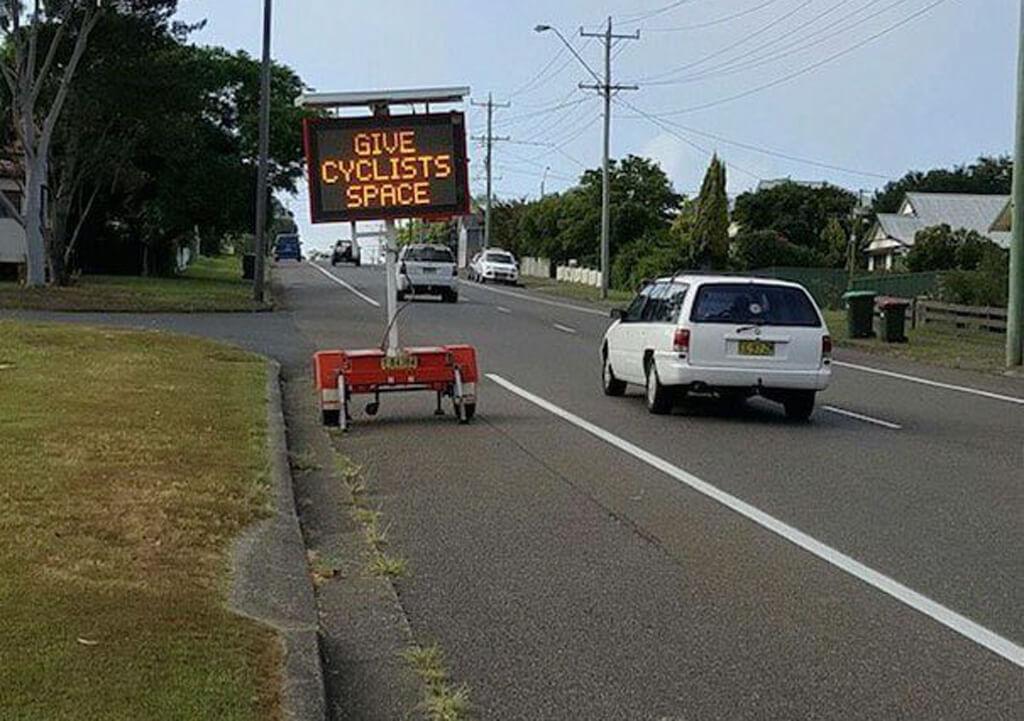 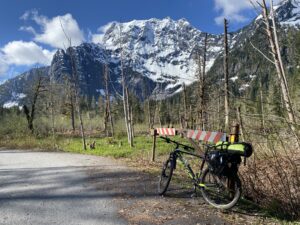 This week was a heady mix of grant applications (fingers crossed), continuing work on the upcoming Tacoma Shoreline Survey (and swag giveaways for volunteers,...

THE DUBCAST WITH DUBSIDE EPISODE #3: Rolling With Helen Wilson The Dash Point Pirate Friday, 14 May, at 16:51

Dubside's "first roll" experience, resulting  in becoming a "roll-a-holic", how teaching rolling is a lot harder than it seem, Helen Wilson's secrets to teaching rolling, plus more Greenlandic music!

Concurrency Travels with Paddles Friday, 14 May, at 15:52

People in the Netherlands are starting to accept tulip bulbs as currency. Nobody trusts the national currency anymore and many look for alternative assets to protect their wealth. Tulip fields are currently heavily guarded and fenced-in to prevent tulip bulb theft. Tulip future(s) look promising for the early adopters of tulip bulbs as currency. A high-profile property developer bought large holdings of bulbs over the previous months and is now advertising that he is accepting bulbs as payment for his planned (yet to be build) new housing estates.

More and more tulip bulb owners do not actually physically hold the bulbs because of storage (and theft) issues. So there are now tulip ETB's, where the bulbs remain on the field and in cold storage, some even with an option to have the bulbs physically delivered. This has increased bulb trading 10000-fold.

Because of (by now) the high price of one single bulb, one can now invest in a 1/1000 fraction of one bulb. The general public is now flooding-in for... 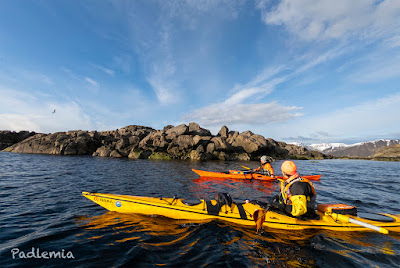 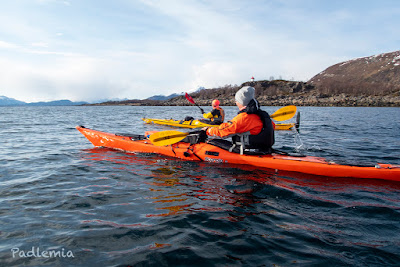 Our sea kayak tours and courses around the fantastic coastline of Jersey get a mention in the Kayaking Staycations feature in The Paddler Magazine. Explore an island shaped by the sea where some of the most astonishing tides in the world circle the coast. Arrive on Jersey, and you’d think a wetsuit is the national […] 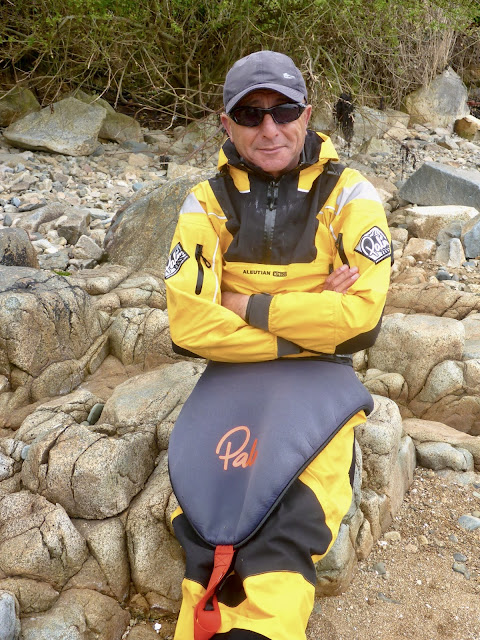 Backlit lefts and rights vincent kayak Wednesday, 12 May, at 08:58

with the Gearlab Aukaneck paddle

(not sure if this paddle is still available)

at my local beach break on a glassy day

link to video is below 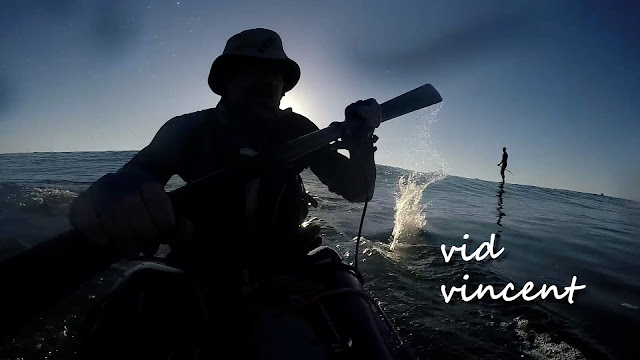 On the mt. bike yesterday, things were just off. I knew from the the first downhill that it was not going to be a stellar ride. The back tire was bouncing around too much; the edge of the track was too close; the turns were jaggy. It was a tough trail, but one I had ridden plenty of times with no issues.

The bridge jumped out of nowhere and I had to stop to make the turn. The low rock wall sprouted new rocks and caught the front tire. The steep, but short, hill turned to scree under the back tire.

My legs were like rubber; my reflexes two seconds slower; my balance was wobbly.

At every "screw up" or missed feature, I was faced with the choice of beating myself up, finding the quickest way back to a paved road, and giving up. There was the voice in my head saying "you're too old for this" "you were never good enough to do this trail" "you're not going to get any better" "hang it up and stick to the safe stuff".

It is easy for me to fall pray to that voice and then the other voice that says "you are not only physically weak you are psychically week" gets its chance to play.

The hard choice is to look the bad ride in the face and make the best of it. Acknowledge the difficulties, make an honest assessment of what could have contributed to the difficulties, and if nothing fits just accepting that we all have bad days. One bad day is not a sign of decline or failure; it is a bad day.

That was the choice I made yesterday. I kept on going...

THE DUBCAST WITH DUBSIDE EPISODE #2: The Water Is Your Friend The Dash Point Pirate Saturday, 08 May, at 08:24 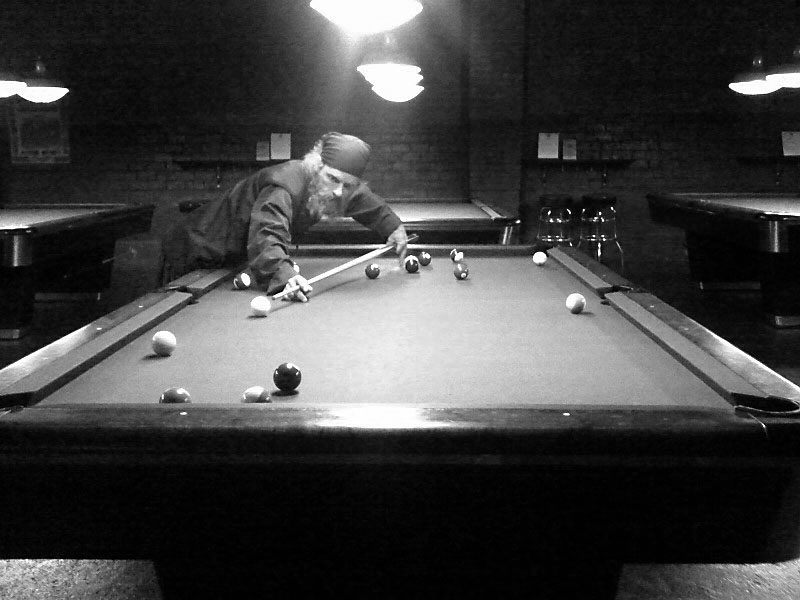 Buying a kayak for the first time, how to go kayaking without owning a car, kayaking gear you do not need, George Gronseth’s Kayak Academy, six ways to steer a kayak, plus Dubside performs The Qajaq Song.

Check out the University of Sea Kayaking for more Greenland rolling instructional vide...

Return to sea kayak camping, a trip to the Sound of Sleat and Loch Hourn. Sea kayaking with seakayakphoto.com Friday, 07 May, at 22:06

Due to various health problems I have not posted much here recently mainly because I have not gone anywhere. However, I managed to get myself north to Glenelg on 28/4/2021 to join Ian from Mountain and Sea Scotland and friends. It is the furthest I have driven, furthest I have paddled and the most nights I have camped out in over 4 years.I get easily tired these days and though previously I have 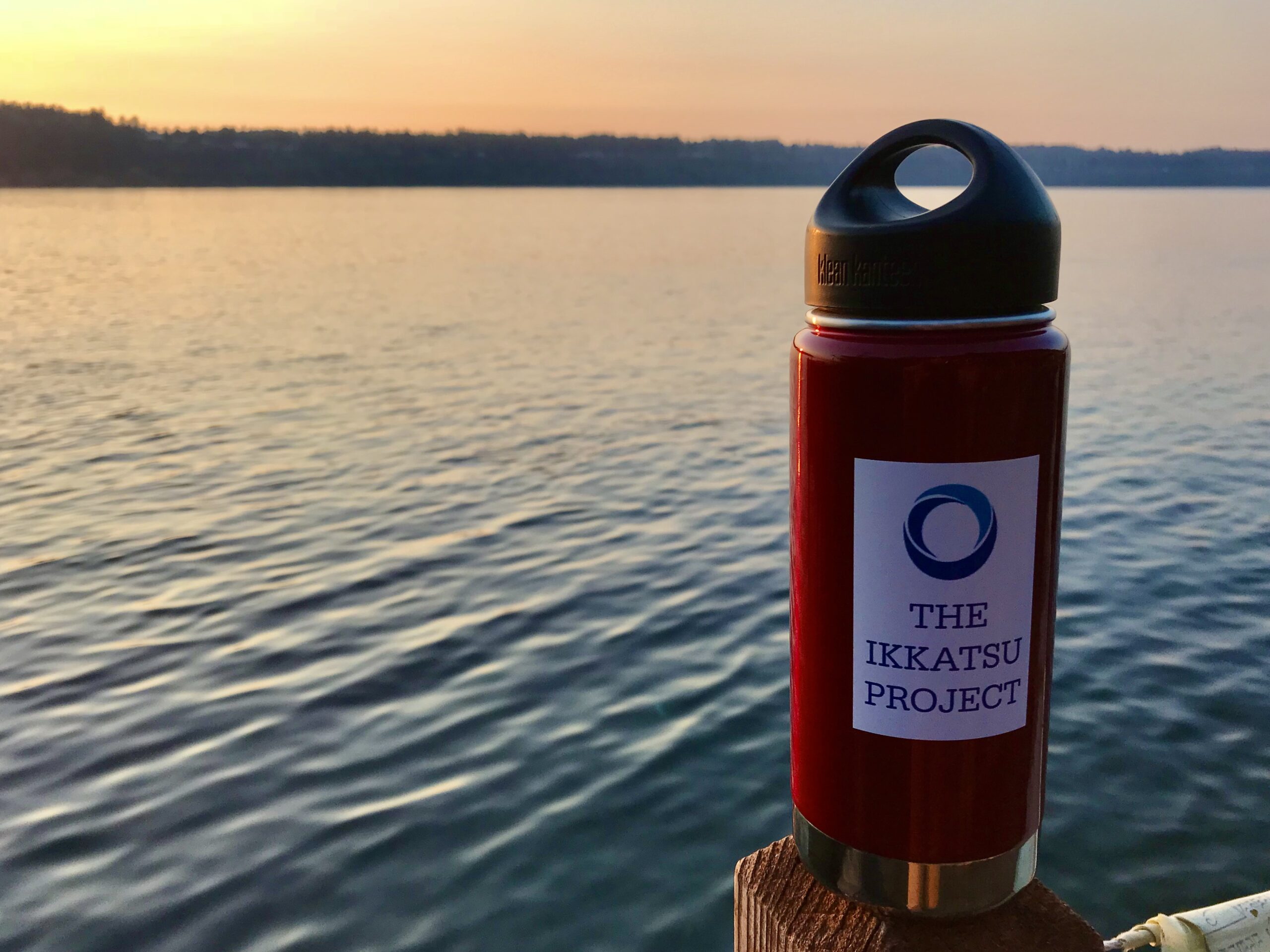 Just under a month to go before the 2021 Tacoma Shoreline Survey and Cleanup. This year, the Ikkatsu Project is  partnering with South Sound Surfrider and Citizens for a Healthy Bay to be the beach cleanup part of Tacoma Ocean Fest, a celebration of all things ocean, happening June 6th at the Foss Waterway Seaport. The whole thing is free, loaded with interesting people and programs and, after more than a year of sitting around and talking to ourselves, it’s a chance to exercise social skills that may ma have atrophied over the long Covid winter.

There is not a lot to know, but there are a few things: Please sign up using the Volunteer page...

Link Sea kayaking with seakayakphoto.com Thursday, 06 May, at 18:37

Doug and Lara Cooper have just launched a new Scottish Sea Kayaking website. Already a huge amount of work has gone into it. It will inform visitors to new areas of many alternative places to go, other than the over visited, well known honey pots.A good number of people criticise guides like this. I admit I did not think the Bothy book was a good idea at all, especially when some of the

With many people getting buying kayaks, we have developed a free kayak safety class. We want paddlers to have fun and stay safe this summer. The 2½ hour class is free of charge if you have all your own equipment. If you don’t have a kayak and just want to find out if kayaking is […]

Kayak Courses in Jersey Jersey Kayak Adventures Thursday, 06 May, at 16:36

Learn to Kayak Courses- have fun afloat this summer in Jersey! With good weather arriving and the sea getting warmer, this is a great time to sign up for one of our introduction to kayaking courses. During the 5 classes, we’ll explore different parts of the beautiful coastline of Jersey each week. Develop your kayak […]

Dan and I went for a morning paddle (last one before I leave for MDRI2021) around the islands. There was a bit of a northerly wind but virtually no current. We decided to go through the Chathams instead of around and I saw someone on Alpha Islet ER and went to check them out. It turns out it was Matt F so no problem and we carried on. We also saw someone on Jemmy Jones and I explained to him that it was an ecological Reserve. he apologized and left the island. (I am in the process of becoming an ER warden). No lumpy water today and not that many birds. We saw Oystercatchers displaying which was cool. https://ebird.org/canada/checklist/S87222848

Feedburner email subscriptions are going away. You can continue to get these posts by email by subscribing here: https://www.paddlinglight.com/subscribe-to-the-blog/

Spring Paddling Season is Here! PaddlingLight.com Tuesday, 04 May, at 21:28

Feedburner email subscriptions are going away. You can continue to get these posts by email by subscribing here: https://www.paddlinglight.com/subscribe-to-the-blog/

If your inbox looks anything like mine today, it should be obvious that it’s GiveBig time once again. It’s a great chance to support locally-focused nonprofits here in Cascadia, organizations that can use financial help to get their important work done. Fundraising is hard, no question, and it sometimes feels even more difficult knowing that it is taking away from the real work that you had hoped to get done. I completely get it.

Which is why the Ikkatsu Project only has one active fund drive each year, and this isn’t it. (As Giving Tuesday approaches, later this year, you’ll hear more on the subject and it’s not to say that your contribution would not be welcome at any time.) But by only doing one ask a year, we’re hoping to cut down on the donor fatigue that can happen at times like these and to direct some attention to some of the other organizations that we work with and support on a regular basis. There are others, but take a look at...

I paddled out to Cadboro Point to meet Dan and Paulo for a paddle around the islands. Today the sky was overcast with occasional sprinkles. The predicted 5-10 knots of wind decreased to -5 as predicted which made for easy paddling. The buffleheads have definitely all gone and there are fewer species of birds around now. https://ebird.org/canada/checklist/S87028821 It was nice to see a few marbled murrelets around.

I joined 9 other SISKA paddlers for a full day workshop with Blue Dog Kayaking. This paddlers workshop was ably led by Alana and Evan who led us through many maneuvering strokes, rescues and tows. I enjoyed myself and picked up several tips on stokes, rescues and towing! We had stunning weather and light winds. Another great day on the water.

Editor’s Note: Thanks to instructors Jason Montelongo and Jeff Kay and to all the paddlers who went down the river with me. It was a new experience and a very enjoyable one! Thanks too to Tom (canoeist) and John (sea kayaker) who offered support for our first day of instruction.  What is the Cal 100? Actually, […] 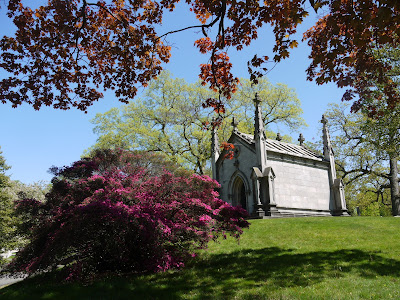 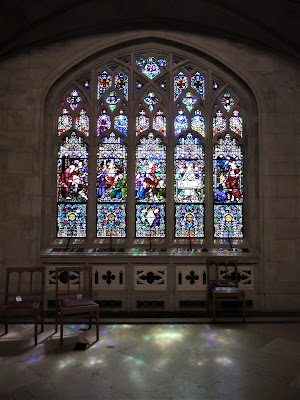 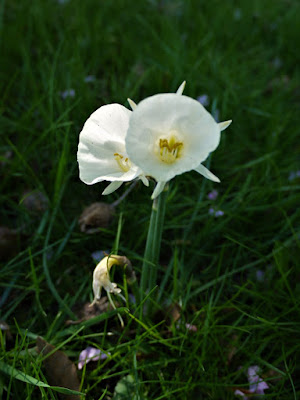 This site collects news from the planet of paddling.

If you want your blog added to the paddling planet, send us a message with a link to your blog. The only requirement is that a substantial part of the blog is about sea kayaking and that the blog has an RSS or Atom feed.

You can discuss Paddling Planet here.